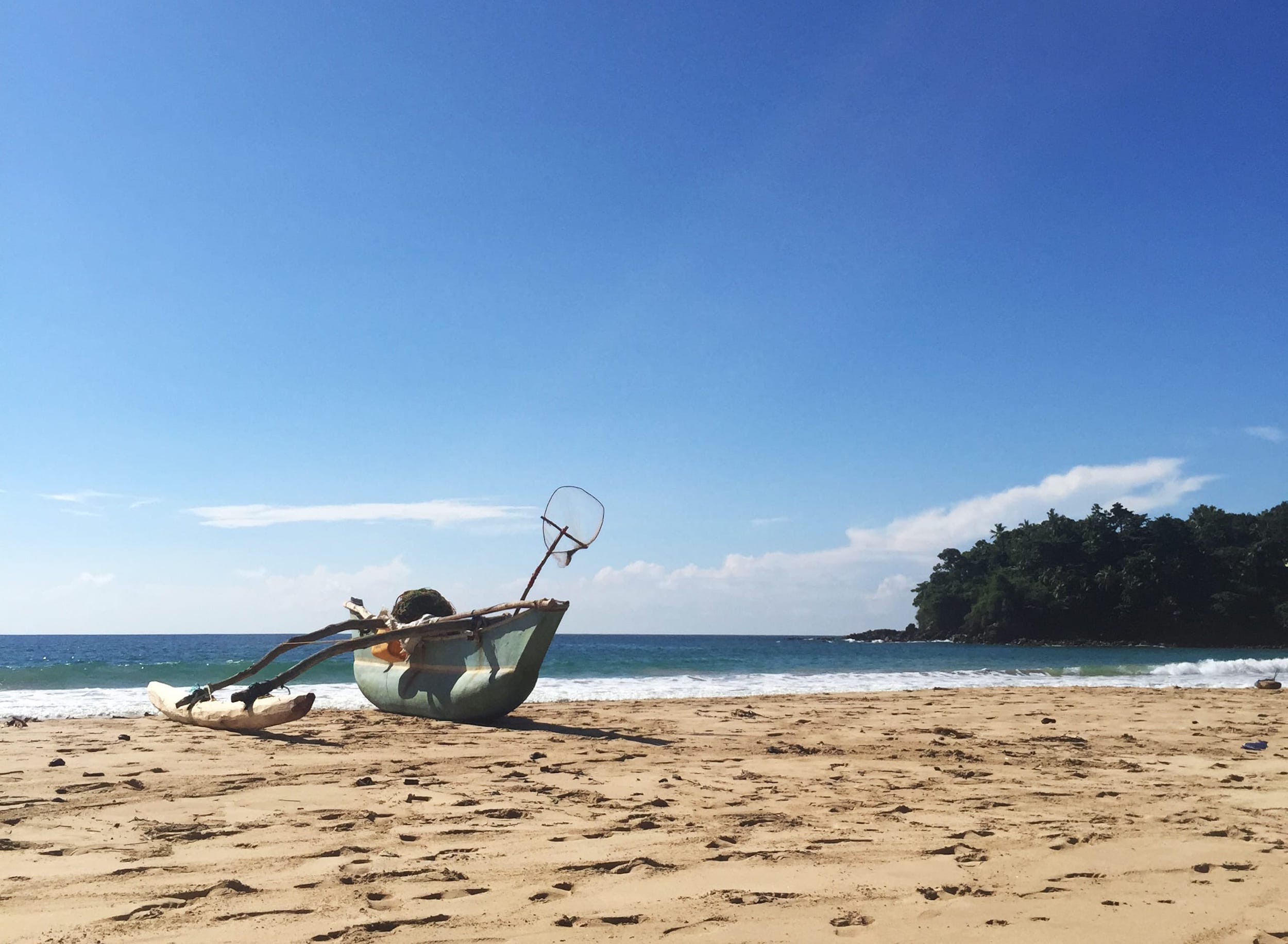 Unlike many other Asian countries, Sri Lanka is a genuine year-round destination.

There is no bad season in Sri Lanka. It’s a tropical climate with plenty of warm weather and sunshine. The southwestern monsoon brings rain to the Southwest of Sri Lanka between May and September, while the dry season runs from December to March. In the North and East coastal regions, the monsoon brings wind and rain between October and January.

When to go?
This depends on multiple factors like budget, purpose, and interests.

Talalla Dry Season
Talalla House is located on the South Coast, with a dry (high) season in December to March. The weather is usually sunny in August and September as well. In the dry season you can expect sunny days with little to no breeze. It is perfect beach weather but feels much hotter than the monsoon season, due to the direct sun. This is also the most popular tourist season, which manifests itself in higher price levels for flights and hotels and noticeably bigger crowds at the popular sites.

Talalla Monsoon Season
Southern Sri Lanka is enjoyable to visitors all year round. In Talalla, the monsoon, or wet season, is May to August, while September and October can also see heavier rain. But even the monsoon season offers days with blue sky and spectacular evening thunderstorms. Many people prefer the monsoon, and for locals it’s the most exciting time of the year. It’s more green, with flowers in bloom and fruits in abundance. This is due to the rainfall, which occurs mainly in the evening or during the night. The monsoon season is generally quieter with fewer tourists, and you will have the popular sites and beaches almost to yourself.

This time of year, southerly winds build up and so do the waves, and you will notice the ocean is rougher than in the dry season. It is often overcast but in general, it’s unusual for the rain to last all day; downpours are short and sharp, often with a number of inches falling in just a matter of minutes.

Weather, like in the rest of the world, isn’t sticking to script: we’ve experienced clear blue skies in what should be rainy season, and been blessed with downpours in the middle of the dry season.

Have a question? We would love to speak to you.
Contact us

Festivals
When picking your time to visit Sri Lanka, you can also take into consideration the different festivals occurring all year round. Also keep in mind that Sri Lanka has more holidays than most countries due to the many religions found in the Island. Every full moon (usually one a month) is a public holiday, known as Poya day. These are days to commemorate key events in Buddhism.

The Esala Perahera in Kandy (July/August)
The country’s most important and spectacular festival. 10 days of torch-bearers, dancers, drummers, and elephants decorated with light bulbs.

The Duruthu Perahera in Colombo (January)
A grand procession of drummers, dancers, torch-bearers, elephants, and acrobats make this perahera the most colourful and popular low-country procession in Sri Lanka. The Duruthu Perahera is in commemoration of the traditional belief that in the eighth year after Buddhahood, on the full moon day of January, Buddha visited Kelaniya.

New Year (March/April)
Celebrated with elephant races, coconut games, and pillow fights. Many people return to their villages, put on new clothes, and celebrate with games and fireworks.

Vesak (May)
A sacred full moon festival commemorating the birth, death, and enlightenment of Buddha.

The Hindu Vel Festival in Colombo (July/August)
The Hindu festival of Vel venerates the trident (vel) of the god Skanda. A chariot of Skanda, the God of War, is hauled between two temples.